A few months ago before we left for China, my oldest and I were in the mall shopping…for a 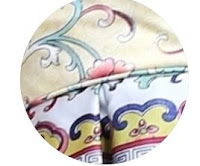 prom dress.  That was an (expensive) experience and honestly nothing like I ever expected it to be—her dress ended up pastel with flowers rather than the zebra print I wrote about 4 years ago although I did get the part right where I said she would walk into the room and stand out because that’s just the kind of person that she is. When I reread that post  though, I kind of wonder who wrote that because I just don’t recognize that mom anymore. I thought I knew enough to predict what my fears about the future would be for each child (there were only two then) but like so many things when it comes to parenting, I was wrong.

For my “neurotypical” child I worried about peer pressure, grades, and dates when in reality I should have been focused on the day that she would start to think about college and moving away from me and the protection I can offer her from the world.  What will happen if she gets sick when I’m not there? Will she be able to explain to professors and employers what her illness means while still expressing her own competence and dedication without me guiding the words? How will her experiences impact the way she sees people and the world without me to help her process it all? More importantly have I done my job and gotten her ready for the world?

For my child on the spectrum I worried about friends, dances, and sleepovers as well when in fact I should have never doubted that he would indeed find a place where he can just be himself (and given the earlier obsession with Super Mario and then Minecraft and then…. I should have probably been able to guess that spot would be with fellow gamers where obsessions are the rule rather than the exception).  It never crossed my mind to worry about the day that he was “too old” to qualify for autism therapies or how to teach him about life, love, and loss.  Each day I wonder if I have done my job to get the world ready for him?

And nowhere in the equation did I imagine that the parenting methods that worked so well with a little girl would fail miserably when she hit her teen years or that the tricks I learned for a little boy with autism would be no match for a bigger boy with anxiety.  While I’m not sure I even considered the possibility of a child three and a child four, if I had, I don’t think anywhere in the picture would I have imagined myself reading parenting books and leaving post-it notes around the house to remind myself of trauma-based parenting principles. I know I didn’t imagine a day that all of my children would require something different from me and maybe that’s the biggest mistake of all that I made.  Special needs or not, every child is going to have needs and fears very different from another.  As a parent sometimes though differing needs are going to work really well together and sometimes they are going to contradict each other to the point of not knowing which end is up and which is down (hence the need for post-it notes).  I never imagined that would be one of the greatest sources of stress for me along with the constant wondering and worrying if I am getting any of it right.

A few days ago I took our three dogs for a walk down a dirt road in the country.  One dog was pulling hard to the left, another dog was pulling hard to the right, and one was trying to run down the middle of the road.  We were some place unfamiliar to them and with conceivable unseen dangers so I knew that letting go of a leash simply was not an option.  At the same time I doubted my ability to keep my footing and worried not only how we would keep moving forward but also how I would turn us all around to head back to the house when we had reached our end point. I gave a few illogical commands, said a few words that I’m pretty sure weren’t appropriate, sweated a lot, and eventually somehow we got back home in one piece. Ironically through the entire walk, I kept thinking what an appropriate metaphor for life the walk was. I can worry about the future all that I want, but when I look back on what my concerns were a mere four years ago, I didn’t get it right.  I didn’t think about how strong and capable my children really are and I didn’t give them enough credit or presume competence. In a few years I will look back on this post and wonder why I ever had the concerns that I did while (probably) foreshadowing a new set of worries (because I’m a slow learner).  At the end of the day, special needs or not, my babies will always be just that….my babies.
Posted by cadenstale